So a few weeks ago I did a blog (2012; The Year of the Fairy Tale) about the abundance of fairy tale adaptations and re-working due to come out in 2012, (which is incidentally the year 200th anniversary of the first publication of the Grimm’s Fairytales). Well it turns out there’s a whole load more so here’s a quick round up…

Pinocchio - A stop-motion animated feature film directed by, Pans Labyrinth’s, Guillermo De Terro, with affects by Henderson/Grimly and Music by Nick Cave. Of course De Terro, is no stranger to dark narrative, and it looks like Pinocchio will be do different, with new envisioning, having the Blue Fairy as a dead girls sprit, and Pinocchio having lucid dreams. A release date has not yet been set up the images look amazing.
De Terro, is obviously not content with tackling one fairy tale, as he is also working on a adaption of ‘Beauty and the Beast’ and it has been rumoured that Emily Watson is set to star in the title role.

Another director with great fairy tale potential is Joe Wright director of the dark and fairy tale-esk, Hanna. Wright is set to direct the Sony Movie project ‘Mermaid: A Twist on the Classic Tale’ based on the book published earlier this year by Carolyn Turgeon.

2013, will see Angelina Jolie, as Maleficent, the evil sorceress in the new Sleeping Beauty feature film call Maleficent. As yet not much is known about the project, but I reckon that Angelina will probably pull off evil sorceress rather well.

Talking of Sleeping Beauty , October 2011 saw the release of a modern interpretation of the tale, call aptly Sleeping Beauty, I can’t wait to see this once it out on DVD.

It’s not all; big screen the small screen is always in on the action too. This year saw the airing of NBC fairy tale based detective series Grimm, about a Portland detective who starts to get visions of ordinary people turning in to vicious monsters, as a ‘Grimm’ he has to keep the balance between reality and myth, helped by the reformed ‘Big Bad Wolf’.

So there we have it more fairy tales heading our way in 2012 and 2013, and there is something more confidence inspiring, knowing the likes of De Terro and Wright are involved, as we may actually be in with a chance of some truly dark productions that are sympathetic to the nature of fairy tales.

Just to round off here's some links to the trailers of some of the  fairy tale Movies coming out in 2012...

Jack and the Giant Killer

Snow White and the Huntsman 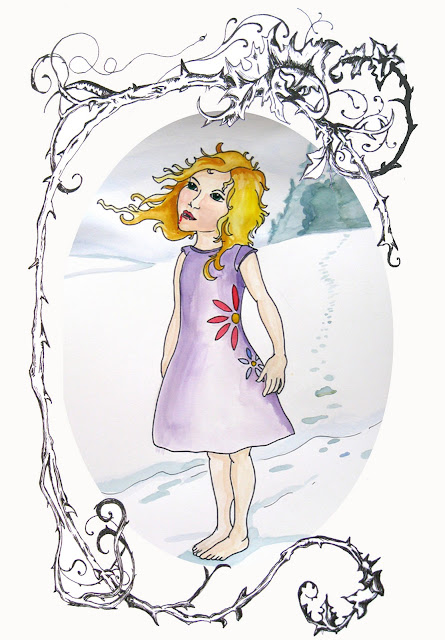 The Wilful Child
A child who never ages and whose force of will, stopped death from taking her. She is the only resident of a village that has long been abandoned and burnt. She accompanies The Hunter on his travels as he hunts the dangerous Red Riding Hood.

From my novel Through Mortal Eyes

Writing can be a lonely life; The Importance of Writing Buddies.


Writing can be a lonely life; The Importance of Writing Buddies.

A year ago I was a lone-writer, writing at home, isolated from the world. Talking about my book and writing, to any and every ear available. I spent weeks glued to the computer, writing, and editing, morning, noon and night. And on the rare occasions I wasn’t at the PC, I was researching or plotting with pen and notepad in hand. I started to look like a member of a certain family from a certain popular series of Young Adults novels, where the main characters are pasty white with black rings around their eyes, and are pretty emotionless. Yes, writing can be a lonely life.

But then this changed. I joined a local writing group, AbingdonWriters. I had a terrifying first session where I had to audition by reading out my work (to people other than family) for the first time ever. I was accepted into the group, and joined properly last December (2010)

Well a year has flown by, and a lot has happened. I’ve met a fantastic group of local writers; some published, some aspiring, some embarking on self-publishing. The best thing is that it’s a community, and we support each other, negating the need to talk at every person I come in to contact with about my book. We meet twice monthly to critique sections of each other’s work, and on the whole, the advice is very welcome, good, and improves the manuscript.

The Children’s writers also started a subgroup - Abingdon Writers Children’s Sub-Group, or AWCSG (we need a new acronym for this; suggestions welcome.) The six of us took the critiquing to a new level, firstly by all joining SCBWI (Society of Children Book Writer and Illustrators) and helping each other prepare our submission for their bi-annual UndiscoveredVoices Competition. But also by critiquing the whole manuscripts, giving us much needed feedback on story arc, character development, and the novel’s as a the whole.  Plus helping each other with developing our pitches, writing synopsis’s and query letters.  We have all come along way, and one of us, JoWyton, actually is going to be in Undiscovered Voices 2012 anthology!

Also with us all joining the fabulous SCBWI, I’m now in contact with some fantastic new writing buddies over the net. Plus, SCBWI opens up countless opportunities, like meeting agents face to face at the AgentsParty in September.

All in all what I’m saying is writing is fantastic, I love it, but it’s become a whole lot more fun now that I have writing friends. So, don’t be a lonely writer. Join a critique group and who knows where it will take you!

And finally, I would like to say a big thank you to everyone at Abingdon Writers for making me so welcome. And Special Thanks to GabbyAquilina for running it, and of course the children’s Sub-group; Chris Evett,Clare Fitzpatrick, Sue Shaw, Nicki Thornton, and Jo Wyton.

And also a Good Luck to all my writing buddies in 2012, but especially Jo Wyton with Undiscovered Voices 2012, and Mary Cavanagh with her newly published e-book  ‘Max MacCauley: All He Ever Wanted Was A Quiet Life’ and 'Angela' which is also coming out in 2012. Also good luck to Marissa De Luna with her book 'Goa Traffic'.

My mum was clearing out the attic the other day and she came across the first two books I ever wrote. Well I say wrote, but there is not much in the way of words, I was seven when I made them, but with a reading and writing age of much lower, due to dyslexia. So these are more like exceptionally crude graphic novels, ‘Fruits Basket’ by Natsuki Takaya, they are not. However they are my first endeavour in the world of writing, and now, they are over 25 years old, and just go to show that writing, and love of narrative is a passion that starts early.

I always loved telling, writing and drawing stories, but I was discouraged from writing due to my dyslexia. I recall starting a novel at college, a tale of talking rodents which was very much in the spirit of ‘The Rats of Nimh’ and ‘The Deptford Mice’, but when my flat mate (who was studying English Literature) read them she told me not to continue due to my bad spelling and lack grammar.

I spent my life being told not to write, and there for doing just that – Not writing. Not writing has never stopped me from seeing stories, and making stories up in my head, and the years have never quelled the longing to share them. So eventually I started to write. For me. I sat down at the PC, and wrote 500 words, which I printed off and left on the printer. A few weeks later my sister found it, read it, and to asked questions, she was hooked, and wanted to read more. So then I thought, well, I’ll write and I’ll work hard and I’ll see what happens. So, now I find myself (a few years later) with a manuscript (which is to be honorary mentioned in the Undiscovered Voices Anthology) that I’m about to start submitting to agents.

So where am I going with this you may be asking? Well, here it is: writing makes me happy. It feels right: - that it’s what I should always have been doing. I’m not saying it’s easy. It’s NOT. Especially if you’re, (like me) hindered by dyslexia. But it’s a passion, and one I’ve denied for a long time. 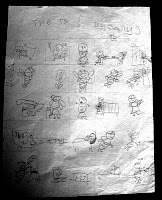 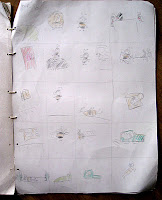 
...if you love writing, don’t listen if people tell you to stop.

Beware of the Coffee Shop! - A Cautionary Blog for Writers!

Beware of the Coffee Shop! - A cautionary blog for Writers! 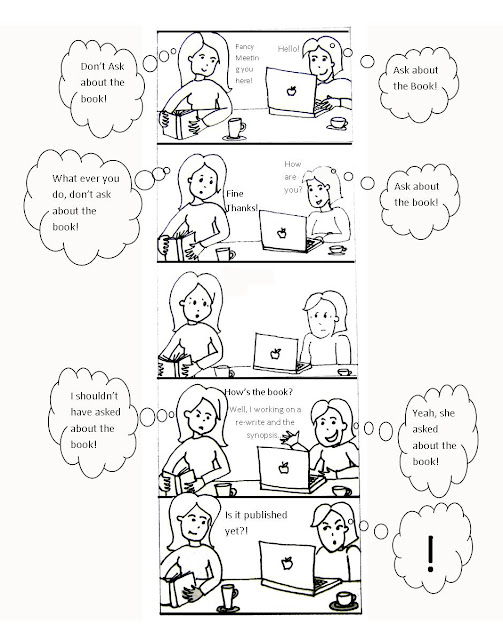 The Undiscovered Voices winners have been announced, the long list whittled down to 25.

I want to wish huge congratulations to the following people, whose novel extracts, will appear in the anthology, they are now definitely discovered voices….

No, you’ve not miss read the list. I did not make it through. So here is a huge heart felt commiserations to the following long-lister’s who, like me, were destined to be almost discovered (I know how it feels believe me)….

YOU'RE MAGIC, DUGGIE BONES by Jan Carr
GRIMM TALES: THE BLACKWOOD LEGACY by Liz de Jager
SPRINGPUNK by Julienne Durber
HOW NOT TO GET NOTICED by Jennifer Hicks
BUBBLE AND CAT by Michael Marett-Crosby
THE LIFE AND TIMES OF CARLA GRIMES by Stephanie McGregor
THE SILVER FISH by Anne Mitchell
NORTH OF NOWHERE by Chantel Marie Napier
THROUGH MORTAL EYES by Sally-Jayne Poyton
BREAKWATER by Melissa Rogerson
AT FAULT by Joanna Sargent
BEAUTIFUL NIGHTMARE by Lara Williamson

I would like to thank the fabulous Undiscovered Voices team, for running such a superb competition, so thank you to….

Email ThisBlogThis!Share to TwitterShare to FacebookShare to Pinterest
Labels: A Bit about Me…, Writing
Newer Posts Older Posts Home
Subscribe to: Posts (Atom)