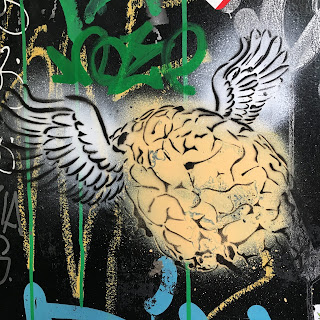 As writers we take inspiration from everywhere or our characters and stories. I’m always on the lookout of interesting and query stories and facts to use in my narratives. I’ve taken inspiration form, fairy tales, folk tales, ghost stories, and history; the Nazi’s doctor’s inhumane and amoral human experiments, the eating of the Persian zoo animals during the Napoleonic Wars, the list goes on.

All of these things are widely known, often already used and need careful research where you have to be mindful and respectful so not wonder off into cultural appropriation or get facts wrong. So, I was thinking; is there a more personal experience of my own or from my family history that could serve equally well for a character inspiration or a story concept?

On the face or it my family is pretty boring. My Dad’s from a long-long-long line of farm labourers, and my Mum is an RAF Officers daughter, with an Irish and Romani lineage. However the anecdotal family history has a few gems which could be cut and polished and developed in to interesting narratives.


The list goes on, and on. Then there’s my own silly entrepreneurial exploits as a child. Like the time I brought 500 WWF posters from an auction. I believed I could make a tidy profit selling posters of pandas and dolphins at my primary school fate, only to find I’d spent all my money on 500 poster of Hulk Hogan.

Or the time when me and my sister brought a breeding pair of rabbits, with the plan of selling the babies for profit. I’ll stop there as I’m sure you can imagine our comical and costly error. After all rabbits need to be fed even baby ones!

So, what I have discovered is that if you mine the anecdotal family history you may just find a goldmine of story starters. And if nothing else if you write them down, you are recording them for future generations, saving them from being forgotten.
Posted by Sally at 14:44 No comments: