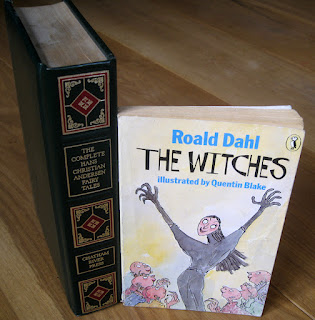 ‘…he farted so hard he blew the roof right off the house!’ –Words that make you stumble in picture books


Recently over on Notes from the Slushpile there has been a series of blogs about ‘Words that move’ in childrens book. It’s great reading about emotionally moving children books, which mean so much to people. I loved the posts so much I thought about the other side of the coin, the books that make you stumble because they have unexpected twist.

Here are some of the books that have ambushed me and my husband making us stumble over the words as we read them whist squirming with embarrassment and shock.  Without exception all of the following books have become firm family favourites and are read over and over, which is a testament to great courage and writing from their creators. 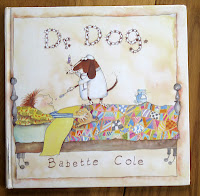 This book arrived quite unexpectantly in the post, from a friend who found it whilst clearing out her teenagers rooms. She said it was her children’s favourite book so sent it to us for our two small people.  It’s about the Gumboyle’s who don’t look after their children but thankfully their family dog is a doctor. So Dr Dog goes about looking after the children after they get ill and teaching them useful lessons like, ‘Don’t scratch your bum and suck your thumb’ as you’ll get worms.  Unfortunately despite Dr Dog telling the Gumboyle parents that they need to look after their family, Grandad dangerous gas build up and he… ‘farted so hard he blew the roof right off the house!’ This is it the moment when my husband chocked, squirmed and looked at me in panic – I very helpfully creased up in laughter.  Needless to say this book found a special place in the heart of my fart obsessed three year old boy! 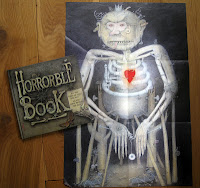 This is one of my daughters most treasured books, so much so she took it in to school for show and tell – after which I was asked by the teachers ‘please don’t bring in books again’!  I guess you could say that the clue was in the title – and you’d be right. So we’re reading the book for the first time and increasingly thinking – is this really for children. Its starts in the graveyard where something has risen from the graves and goes on a spree, steeling bits if machines and animals ‘It had no body, but it has made off with our fins and skins, our scales and tales!’ say the fish.  On the last page you eventually catch up with the thing with no body to find it has used all the animal parts to become SOME BODY. 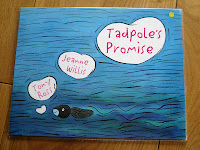 This one is my sister’s nomination; she was a nanny when she had as she puts it an ‘EWWWW’ moment with this book. It’s a charming tale about the friendship and love between the tadpole  who falls in love with his ‘beautiful rainbow’  caterpillar. The Caterpillar loves the tadpole too calling him her ‘shinny black pearl’ but gets annoyed about the tadpoles ever changing appearance and making him promise he’ll stop changing. Anyway the Caterpillar becomes a butterfly and comes back to her beloved – frog, but he doesn’t recognise her and ’faster than she could say ‘pearl’, the frog leapt up and swallowed her…’ the poor frog waits wondering what ever happened to his beautiful rainbow.

This book was given to my son on his third birthday by his godmother. We sat down and read it to him, he loved it instantly and still does. I must say that as parents when we first read it we didn’t know what to say or think. But now we LOVE this book; its humour, its illustrations; is conclusion. I have also been reliably informed that it is used for educational purposes to…

The mole one day wakes up and sticks his head out of his hole, when someone does their business on him The mole is understandable quite put out but ‘he was so short-sighted that he couldn’t see anyone around.’ So he goes off to find out who did poo on his head, he asks all manner of beast all of who demonstrate it can’t have been them by doing their business in front of him, splattering the poor mole in more unpleasant stuff. Eventually with the help of some flies the mole exacts his revenge. ‘Quick as a flash he climbed on to the kennel..(and pling- A tiny black sausage landed on top of the dog’s head.’

…the educational purpose is to teach people about poo as the book is quite detailed about the properties of each animal’s excrement.

Finally back to Babette Cole – Mummy Laid an Egg

This is our most lent out book, it is borrowed by parents who are expecting, and parents who are teaching their small people about the birds and the bees.  All I can say is that I didn’t read this before reading it with the kids, and ended up the colour of a beetroot.  Well pictures say a thousand words so here… 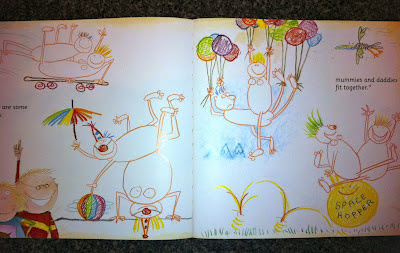 Hope you enjoyed this post, and please do comment on any of the books, or if you have any books that have made you squirm I'd love to know!