Fairy Tale Lands - Not as far away as you think! Movie Locations.


Yesterday whilst walking the dogs in Black Park (Buckinghamshire), we stumbled on an old building, which I thought was odd I hadn't noticed before, but just as I was questioning my sanity I noticed that the aged stone was in fact actually plywood. 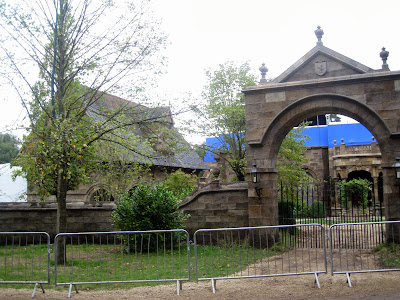 The building is a setting for the upcoming Disney Movie adaptation of Cinderella staring Helena Boham Carter, Cate Blanchett and Hayley Atwell (due for release in 2015). It turns out that Black Park woodlands is no stranger to film crews with Tim Burton using it for ‘Dark Shadows’. It also featured in many of the Harry Potter films, and provided the setting for the fairy tale forest in the 80’s Fantasy ‘Willow.’ 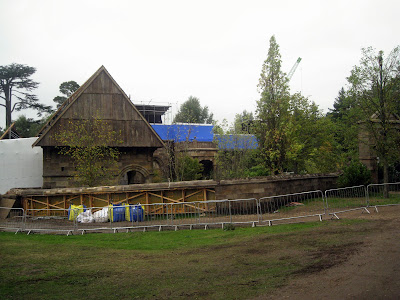 So this accidental find got me thinking; with such a wealth of fairy tale movies at the moment, what other locations have been picked by producers and directors (with a bit of dressing, a tad of CGI and bucket load of imagination) to become fairy tale wonderlands.

It turns out that The National Trust which is mostly associated with costume dramas has been doing rather well out of the Hollywood Fairy Tale fascination, with…

Snow White and The Huntsman – that chose their Frensham Ponds as a major location.

Then, Disneys live action take on Sleeping beauty, Maleficent starring Anglina Jolie in the title role, has been filming at yet another of their properties, The Ashridge Estate


‘Jack the giant Slayer’ filmed at another of the National Trust's treasures, The Cheddar Gorge.

However the Tommy Wirkola directed,’ Hansel and Gretel Witch Hunters’ opted for the Grimm’s homeland of Germany, for all of the on location filming.

Bourne Wood’s in Surrey has had a fair amount of fairytale action with both t Bryan Singer, ‘Jack the giant Slayer’ and last year’s ‘Snow White and The Huntsman’, transforming it into a fairy tale forest.

The really great thing about this, is that many of these locations are in the uk, and so we can actually visit experience and be inspired by these the fairy tale settings!