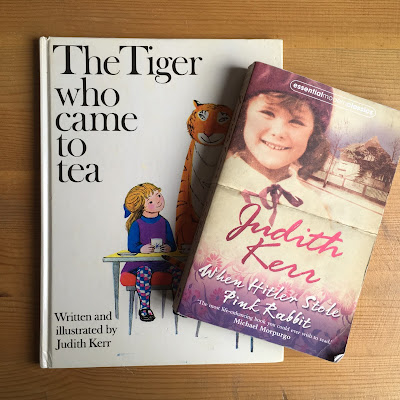 They say that if you were alive when JFK was assassinated that you remember exactly where you were when you found out. For my generation our JFK is probably Princess Diana. Where was I when I found out? In Bed. The night before I was out celebrating my nineteenth birthday and I got woken by the shocked yelling of my Dad. We spent the whole day in front of the television hoping for news. Not just any news, but wishing for the news that it was a mistake and that she had miraculously survived.

But this wasn’t the first death of someone famous that the learning of their passing is engraved onto my mind. A few years before, upon getting to my form room to register for the day of school, I found several of my friends crying. Why? Roald Dahl had died. They were mourning the passing of a hero, and grieving not just at the loss of the author himself but at the fact that he’d write no more books. I didn’t cry. But I was sad, and I re-read all his books in my own little grieving process. 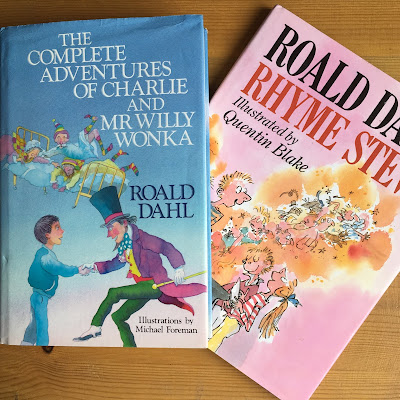 Out of all the deaths of famous people, it’s the passing of the authors of beloved childhood books that has the most profound affect on me. The 2014 passing of Jeremy Lloyd hardly caused a stir in the media, and his obituaries listed his main achievement as once being married to Joanna Lumley. I was devastated that there was no mention of his kid’s books, LP’s and cartoon adaptations of his creation, Captain Beaky and his band. This was the soundtrack to my early childhood, and I even performed one of the poems, Jock the Scottish Circus Flee in a school talent contest. 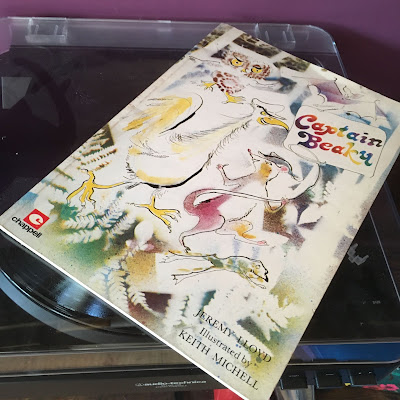 Jill Barklem, the creator of the exquisite Brambly Hedge died in 2017 it brought on another bout of grief and confusion for me, I couldn’t understand why other people didn’t seem to care or even notice. I discovered Brambly Hedge in my tween years and was obsessed my it’s intricate beauty. 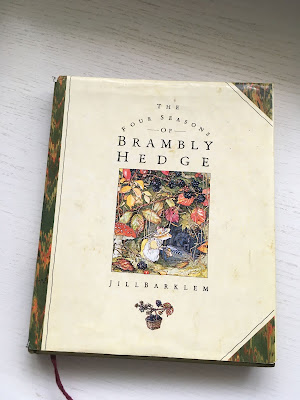 As a kid who aspired to be a writer illustrator, her books fascinated me, I tried to become her. In one of my anthologies of the series was an interview with Jill and a photograph of her studio – well bureau –which I tried to emulate. I brought myself an old wooden bureau from a junk shop and set it up like the photograph in the hope, that if I copied her working method, then I might gain an iota of her talent. 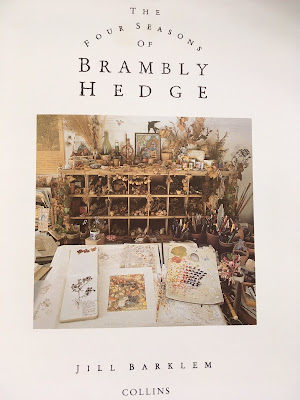 Forward a couple of years and I’m in bed one morning, scanning through the headlines before starting the day, to find out Judith Kerr has died. Another author whose work so important and inextricably entwined with my childhood. I LOVED ‘The Tiger that Came to Tea.’ 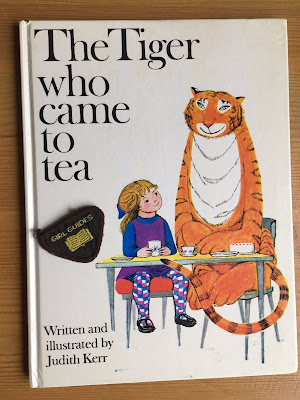 I got my Mum and younger sister to read it to me over and over. I was fascinated by thought that an adventure could come knocking at my door in the form of a wild creature. I read it for my Brownie reading badge (well actually I cheated, I had it committed to memory – so no reading required!) I even searched the shelves of our local supermarket for large tins of tiger food every week, just in case a big cat should call on us. ***ACTUALLY ONE DID! A LION which escaped from a circus that was in the park opposite my house, and was found in the next door neighbour’s garage! *** 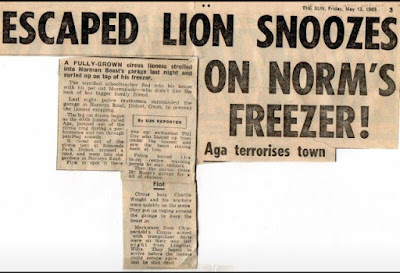 Since the passing of Judith, there’s been an initiative for a group reading of ‘When Hitler Stole Pink Rabbit’ #PinkRabbitReadalong started by the lovely and talented author Lorraine Gregory and the awesome Annaliese Avery  over on twitter. 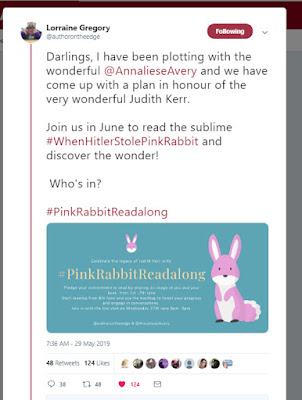 I’m a bit late for the party (it took a while to find my copy of the book after several house moves) and a bit slow (dyslexia) but I’m participating and finding it a poignant and lovely experience. For the first time since the passing of Roald Dahl, I feel that other people are feeling the pull of the loss of a talented author (illustrator) as much as me, and that we are together commemorating and celebrating the life of an extraordinary woman, brilliant storyteller and talented artist. 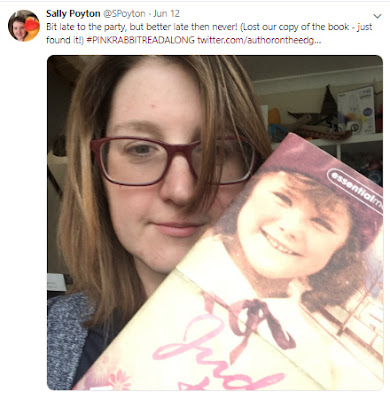