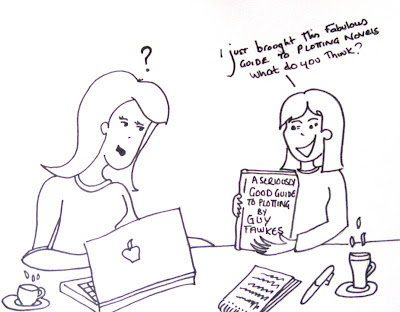 September 2012 a very Grimm Month indeed: With the publication of Philip Pullmans Grimm re-writes and the After Grimm: Fairy Tales and Story Telling Conference…

Oh yes it looks like September 2012 is going to be rather Grimm indeed. December 2012 marks the bicentenary of the first publication of the Brothers Grimm, Kinder- und Hausmärchen [Children’s and Household Tales] and September is the month that's set to start the celebrations.

On the 6th September sees the publication of the long awaited and much anticipated  Philip Pullman rewrites of Grimm tales. Pullman has re-written 50 of his favourite tales  including classic and then lesser known works like Han My Hedgehog and  Three Snake Leaves (one of my favourite too!) Pullman stresses the book is not just for children but for adults too like the original tales.
﻿


The 6th till the 8th of September sees the After Grimm: Fairy Tales and Story Telling Conference, at the Kingston University London run in conjunction with The Sussex Centre for Folklore Fairy Tales and Fantasy (The University of Chichester).

The conference will look at things Grimm and the influence Grimm’s tales have had on culture and society. The Key note speakers include Donald Haase, Neil Philip, Marina Warner, Jack Zipes.
So roll on September let hope for that it’ll be gloriously Grimm!
Posted by Sally at 10:27 No comments:

Little Red Riding Hood, Goldilocks, Gretel, Cinderella, but who ever heard of the Turnip Princess? 500 Fairy Tales re-discovered after 150 years… 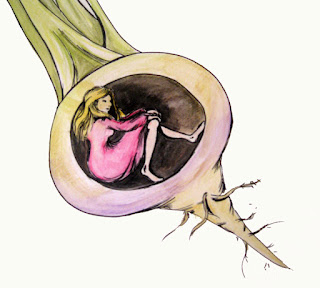 The Brothers Grimm, Han’s Christian Anderson, Charles Perrault are all names you may associate with fairy tales, but how about Franz Xaver Schönwerth? Well, Franz was a peer of the brothers Grimm, a historian who travelled around the Bavarian region of Oberpfalz collecting the folk tales.  In 1885, Jacob Grimm said about Franz; "Nowhere in the whole of Germany is anyone collecting [folklore] so accurately, thoroughly and with such a sensitive ear."

Franz published his work, but unlike the Grimm Brothers he refused to edit or censor the tales for critical acclaim or commercial success, and therefore the book fell in to obscurity. Lost, they disappeared for over 150 years until 2008 when 500 of them they were re-discovered by Erika Eichenseer, a cultural curator at Oberpfalz. Last year Eichenseer published an anthology of the tales and founded the Franz Xaver von Schönwerth Society.

These 500 new stories include variations of well-known tales, like Rumpelstiltskin, alongside lots of new tales, including one about a Turnip Princess.

Now I’m excited about this, new and raw un-edited fairy tales are a fairy tale enthusiasts dream. And whilst I’ll have to wait for them to be published in English, it’s got me thinking.

I can recall a good few years in my youth reviling the Grimm’s and other offenders interpretations – people who took raw fairy tales, then edited and sanitised them for mass consumption. I believed they (and I’ve got my feminist hat on now!) sought to make all the female characters evil or subordinate, whilst absolving all the male characters of their reasonability, thereby stripping the tales of their soul and woven messages.
Of course all of these statements are true, but there is one thing this new discovery can teach us; it would appear that as soon as fairy tales are tethered and bound; they die.

Fairy tales are survivors, evolving to adapt to society’s needs. The Grimm’s would appear not to have killed the fairy tales, but to have allowed them to live and flourish with their edits, bringing the ever-changing tales in to our ever-changing society. Whether you agree with the Grimm’s methods or not, if it weren’t for their editing we wouldn’t know of Little Red Riding Hood, or The Big Bad Wolf, and (in my opinion) society and culture would be much the blander for it.

Notes from The Slushpile let me lose; Procrastination Tools for Writers #1: Recycling Your Old Manuscripts

The folks over at Notes from The Slushpile, let me do a guest blog. They're so brave and so lovely. If you ever wondered what to do with old copies of your manuscripts look no further...

Procrastination Tools for Writers #1: Recycling Your Old Manuscripts
Posted by Sally at 13:36 No comments:

Email ThisBlogThis!Share to TwitterShare to FacebookShare to Pinterest
Labels: A Bit about Me…, News
Newer Posts Older Posts Home
Subscribe to: Posts (Atom)