My First Author Talk to ADULTS!


My First Author Talk to ADULTS!

Back in January 2012, I went on BBC radio Oxford Jo Thoenoes’s afternoon program with my writer buddy Jo Wyton to talk about Undiscovered Voices and the advantages of being in Writers Groups (to read about it press here). Shortly afterwards I was invited by ‘The University of The 3rd Age’ to speak at one of their weekly meetings about my writing. So on Monday that’s exactly what I did…

I’ve done talks about fairy tales to primary school children before, but usually just classes of up to 30 pupils, and they have all been rather small, with me sat in front of them with laptop presentation and props, and having lots of interaction. This however was very different. I turned up to hall and was quickly set up with a microphone, my USB stick was whisked away, and they set me up ready for the talk. I was also given a remote to move the slides on, that had a laser pointer! I sat on the stage and watched whilst 130 adults gradually arrived and filled the sea of empty chairs, trying not to chock on my nerves.

I decided to structure the talk as my writing journey. I began speaking about my love for storytelling and making books as a small child, going through my troubles with dyslexia, and discussing my art work at University, where I rekindled my passion for fairy tales. I talked about how ‘Through Mortal Eyes’ came about, the personal circumstances which inspired me to write, and the aims of the book. All the while, I had bouts of laugher, sighs in all the right places, all of which helped me relax and settle into the rhythm of the presentation.

The next section was about the research of the novel, the reading of fairy tales, explaining why I used certain tales, and briefly telling tales that I thought audience would not be familiar with; like, ‘The Three Snake Leaves’ by The Brothers Grimm (too much squirming from the audience!). 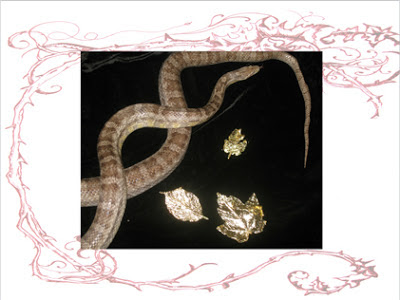 It was very interesting to see how my talk was challenging older people’s perceptions of fairy tales, and how similar this was to the reaction I get from children. I found this part of the talk very liberating, being able to talk about the darker side of fairy tales instead of having to sensor to be age appropriate for my usual younger audience.  Making the most of the opportunity, I spoke about the Siberian tale that has been a huge influence on the story about Dog-Headed People, and about the very real fifteenth century Hungarian Countess, Elizabeth Báthory, who tortured and murdered young women to bathe in their blood.  I talked about how local legends and places feature in the book sparking a healthy debate in the audience and even laughter – especially when we questioned why Disney had not adapted any of the fairy tales I spoken about!
I began to close by talking about writing, editing, submitting and the importance of having writer friends, the likes of SCBWI and Abingdon Writers, to help you whip a manuscript and submission package into shape, but also to help you stay sane!

I finished with hope. The Chicken House Long listing, the importance of celebrating small victories in a world of so much rejection, and then finally I read an extract from ‘Through Mortal Eyes’ finishing to applause.
With the lights now on, I could see that everyone was indeed both awake and attentive (and still mostly smiling) and so the Q&A section began. I had lot of questions; about fairy tales, writing, dyslexia, YA literature, all of which sparked further discussions. When the Q&A was over I had many people come to speak to me and ask even more questions, which was very encouraging.

All in all I was very pleased and relieved about how the event went. The University of the 3rd Age, were very welcoming and made me feel at ease. I have some work to do to improve certain bits, but on the whole I’m pleased that, like my art work, my writing style was a good catalyst for discussion; and that is exactly how I like it.

So I'd like to say a big Thank You to the, U3A Abingdon, for inviting me and making me so welcome!

Email ThisBlogThis!Share to TwitterShare to FacebookShare to Pinterest
Labels: A Bit about Me…, Abingdon Writers, Chicken House, SCBWI, Talks

Today the, The Times / Chicken House Children’s Fiction Competition Shortlist, was announced, sadly I’ve not made the top five, but I'm still extremely pleased to have got on the longlist!  So I’d like to send big, congratulations to the lucky six authors who make the shortlist - and wish you all the best of luck for the next round.

The Boy With the Golden Balls by Michael Byrne

Zach in the Making by Kelly McCaughrain

Good luck to you all!