Recently when discussing with other writers about the difficulties of pursuit of publication, and me mentioning my dyslexia, as being an additional barrier I have been told, ‘but that’s what spellcheck is for’, like it is a magic cure. This is just one myth about dyslexia, that really is exactly that- a myth. Just as a wheelchair isn’t a cure for someone who can’t walk, spellcheck isn’t a cure for dyslexia. So I thought I’d do a little dyslexia myth busting post.


Gosh I so wish this was true. I know a lot of people believe it to be true. But spell check is just a tool, one that can help minimise dyslexia associated spelling and grammar issues, but it can also be as much as a hindrance as a help.

Spellcheck gets it wrong!


Spellcheck often helpfully corrects my spelling as I type. Oh this would be great, I mean properly great if it worked. But unfortunately my spelling is so bad, that I’m often nowhere near what the correct spelling should be and so Spellcheck picks a totally wrong word to replace it with. This is bad because the wrong word is correctly spelt – BUT IT IS THE WRONG WORD. Why, you may ask is this a problem? Well, as it is now no-longer a miss-spelt word, it no longer has a red-squiggly line underneath – so I can’t tell it’s a wrong word and find out the correct spelling to put it right. This means that I sometimes have some hilarious incorrect but correctly spelt words in my manuscript like… 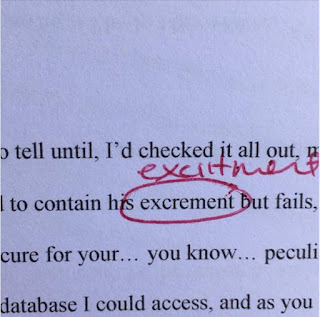 Also, to further illustrate my point, here’s a poem by Norman Vandal which demonstrates my point much better than I can ever do... 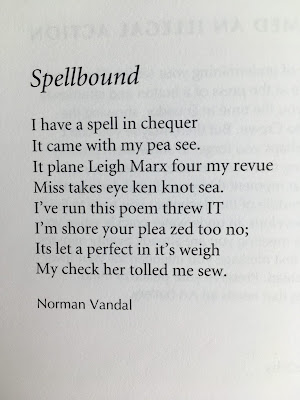 Spellcheck is a Diva!

Oh yes, Spellcheck is the equivalent of a diva movie star who, if thing aren’t going their way, storms off set to their trailer and refuses to work. Seriously it is true. I once was 20,000 words through a 80,000 word manuscript when this a message came up from spellcheck saying that due to there being too many mistakes, it was turning its self-off. But unfortunately I didn’t realise that this wasn’t just an idol threat. And it did – it had a diva strop and stopped working. Resulting in the first 20k of my MS being readable and the other 60K being in such a dyslexic redden form of English no one could read it. I actually thought this was a phenomenon unique to me, but recently another published best-selling author tweeted the same error message. Which I have to say meant I felt better - but further demonstrates my point, that Spellcheck is a diva.

And don’t get me started on Autocorrect!


Myth Two - There a loads of Dyslexic Children’s Authors

Loads of people tell me this and they can then probably name two – three at most. According to the British Dyslexia Association 10% of the British population is dyslexic. And according to world statics is more like 16% globally. Dyslexia doesn’t discriminate – that is 10-16% of the world wide population no matter of class, culture or colour. So I have created a list of dyslexic published children’s authors on twitter and I have 6 members – six authors out of the hundreds of the published authors that I know personally or follow on twitter and Facebook – only 6 of them I know to be dyslexic. I’m sure there are more, but I am pretty sure that it is nowhere near 10 -16% of all the published authors working currently. 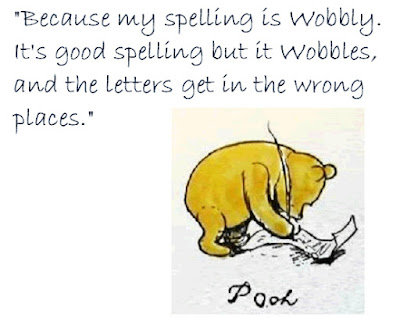 Every piece of feedback I have from critique groups to from editors and agents – ALWAYS mentions my dyslexic issues. Sometimes everything is really positive BUT the Spelling and Grammar – and it is really difficult to not wonder if that is the reason why the answer isn’t a yes.

Earlier on in the year I entered a competition, which was judged by a panel of four judges. All four liked my manuscript and said yes to giving it a place it on the longlist. In fact it was actually one of the judge’s favourite submissions. However one of the adult judges said a load of glowing positive AS GOOD AS IT GETS feedback. But then was unprofessional and scathing about my spelling and grammar. And so when I didn’t make the long-list it is difficult to not think that I was marked down on the point system for my spelling.

This is made particularly painful as the competition especially asked – in a whole tick-box special section –if you have any disabilities and I said yes and explained about my severe dyslexia, dyspraxia and dyscalculia. So if you are going to actually promote yourself as a competition that encourages neuro-diverse authors to submit, then maybe you should consider not being –  really unpleasant about their issues in feedback and also, not mark them down for their issues.

Of course you may get your MS as dyslexia free as humanly (well - non-professionally copy edited) possible. But then there is the COVER LETTER. Oh yes, I get people to check that too, but then that just the generic copy. I then personalise it or adapt it for every submission. There is only so much goodwill or time others can devote to correcting my spelling. I can’t tell you how many times I have checked-re-checked- and recheck my over letter before hitting send – only to find an error I hadn’t spotted after it’s gone.

Getting rid of the  Dyslexia-isums

I try really hard to eliminate all my Dyslexia-isums by…

I write YA – that between 50 -80 THOUSAND WORDS. You have a look at the cost of a copy-editor of a book that size, and I’ll let you work out the barrier!


Oh you would think so right? But NOPE.

Dyslexia is an issue with the way the brain processes information – also sometimes it can be about how the eye work too. The issue is that you can read loads, but as what you see or what your brain processes isn’t the correct spelling (or even grammar as you can change where all the punctuation marks and stuff goes), so you don’t build up a database in your mind of spellings – and if you did that’d probably be spelt wrong.

Ok you are right dyslexia doesn’t officially affect grammar – but if at school in say year 9 and you’re still on Biff and Chip books, or in my case Roger Red Hat and Ladybird Peter and Jane books, you kind of miss out on all of the grammar lessons.

Oh but you can just learn grammar now – believe me I’m trying and I’m infinitely better at it that I was – but I’m learning form feedback form my critique group and after a timely lesson form my friend, neighbour who happened to be an editor – thanks Lou John. But I keep looking for an adult’s dyslexia friendly grammar course and can’t find anything suitable. Plus of course there’s the ££££ issue again.


Ok, again – I so wish this were true. And actually I’m going to cheat it a bit here as I’m going to include my other Dys’s - dyspraxia and dyscalculia. 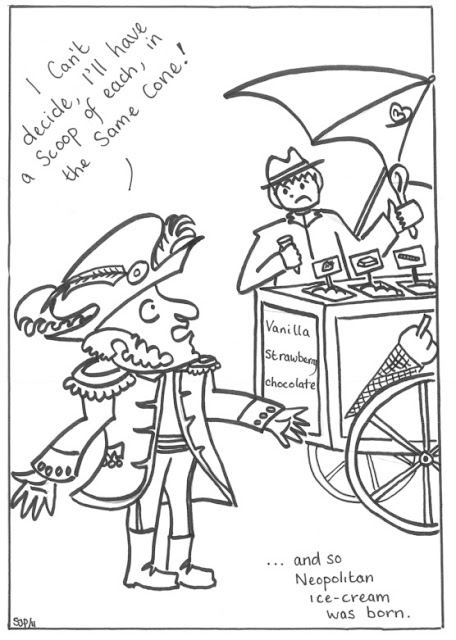 So the myth busting is over (promise), and I would like to quickly say, that this isn’t a whinging post but one to highlight some of the extra hurdles that people with dyslexia face when writing with the dream of publication. I am constantly looking for new ways, tools and coping mechanism trying to minimise the impact of my dyslexia on my writing, but it tends to have a time and cost impact, which add yet another hurdle – one that many other dyslexic writers can’t circumnavigate. One of my dreams - other than getting published and the book selling of course - is that if/when that happens, I will endeavour to set up a competition or fund for dyslexic authors where the prize is for their submission package to be professionally copy-sited – to increase their chance of not- being dismissed on the slushpile.