Finishing the Labour of Love. Getting to the End of the Go-To-Manuscript.


DO you have a ‘Go-to-Manuscript?’ That labour of love that takes forever, that you come back to in-between editing, or writing other projects? The one that’s a bit more of a challenge to write. The one that need that extra dedication and research to get right?

I have a ‘Go-To-Manuscript.’ A project I really believe in. A story that I’m passionate about, that has messages and themes which are really important. It’s a manuscript that I’ve been picking up in-between editing and writing my other works, so it’s been written in fits and starts. And it is a challenge. Both to get back into the voice after large expanse of time away from penning it, and in the sheer task of getting it right.

The concept came for my Go-To-Manuscript way back in 2013. I was working with an Indy-bookshop and was attending some author evens for World Book Day. In the same week I saw Paula Harrison talk about her Rescue Princess books, about princesses who secretly train to become ninjas to save animals form poachers, and I saw Charlie Higson, talk about his The Enemy series, set in London after a plague has killed all adults (turned them into zombies at least), leaving kids try to survive in the post-apocalyptic world. And it made me think… 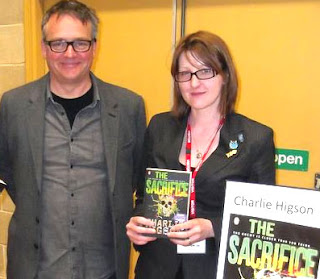 If these two books had a baby, what would it be like?

So I spent almost a year mulling over this question. And eventually in in March 2014, I typed by my initial thoughts on what the baby book would be like.

Shortly afterwards I entered a Pitch Mad with the concept and several commissioning editors requested I write the book.

So in June 2014 I started writing the book, however 2014 was a great year for me as I signed with an agent and got a contact, so I ended by putting the Go-To-Manuscript in a draw as I was editing two other projects. I would get it out and work on in when the other two projects were back with my agent and editor. 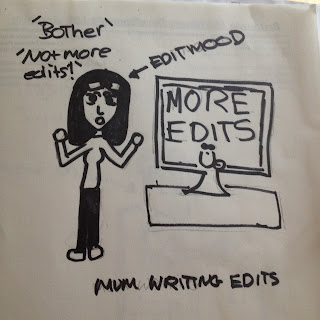 A cartoon my daughter did of me circa 2014

Sadly 2015 was a really bad year for me. My contract was stopped, (nothing to do with me I hasten to add), and my agent shut up shop and stopped agenting. So I started writing the GO-To-Manuscript again, until I began working with the Golden Egg Academy on my previously contracted book. So back in the draw my GO-To-Manuscript went.

During 2016 -2017 and 2018, my poor beloved Go-To-Manuscript was in and out that draw like a Jack-in-the-Box! Largely due to multiple edits on other projects and completing numerous other manuscripts. I did however spend a lot of time researching for my Go-To-Manuscript, reading lots of articles, and books, and going to locations. 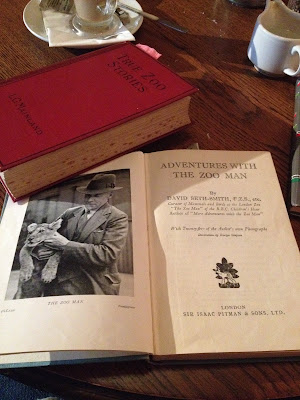 But in December 2019, I decided I was going to actually have a push and concentrate on my Go-To-Manuscript to finish it. Bizarrely as I worked on it, the more relevant it became, making it more in-tune with today’s world than when I began in it in 2014. 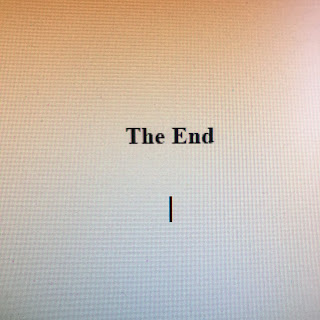 It’s been a challenge, but my Go-To-Manuscript is finally finished. I am so so so pleased. It’s been the hardest book I’ve ever written, but certainly worth it, and loved every minute of research and toil. But now comes the editing, and I sincerely hope it doesn’t take quite so long! 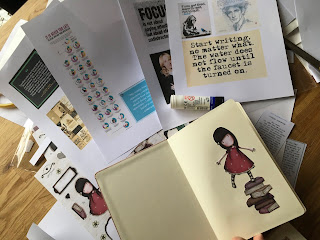 Keeping the faith can be difficult times, and especially presently whilst the world in in chaos and we are all in lockdown, looking at the same four walls, and inspiration being hard to come by. 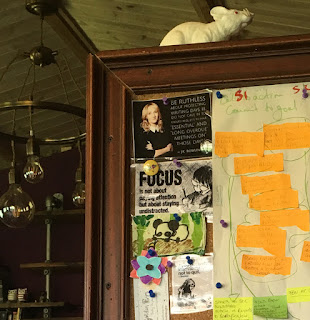 I think most writers and illustrators, who are pre-published, get low points even when the world is normal (or as normal as it gets anyway). We have the moments of despair when our confidence dips, and we wonder; will I ever catch a break? Am I good enough? Will I EVER get PUBLISHED! Is there any point? 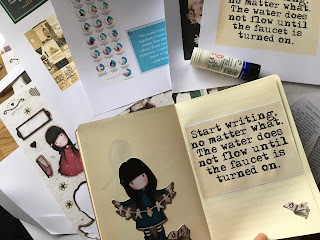 It normal to have these times, after all we’re in a business where there a whole lot of NO. NO’s are always hard, no matter how experienced you may be at rejection.

I often take great comfort from quotes. Things people have said or stories about writers who resilience has paid off. Often on social media other writers share these inspirational quotes, I print them off and stick them to my notice board. 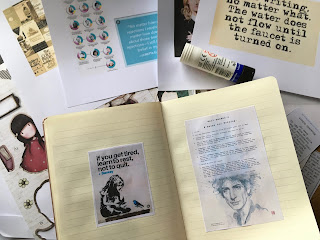 However a few months ago the whole of critique group were all having trouble with keep up the faith. So I decided to share with them all the little inspirational quotes that help encourage me. I made a book full of these quotes, for each member of the group (and one for me too). 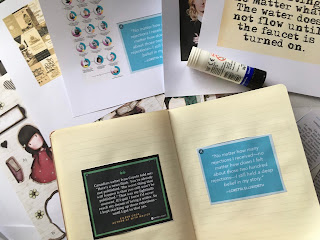 It was simple and inexpensive to do; I found some notepads, and printed out all the quotes, and cut them and glued them in to create a little positive book of writer good cheer, encouragement and inspiration, that we can all refer to when we need a dose of reassurance. 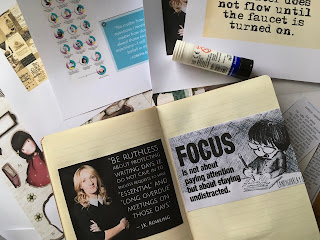 I’ve also left pages, so when we each find more inspirational quotes or article, we can share them and add them to our books. 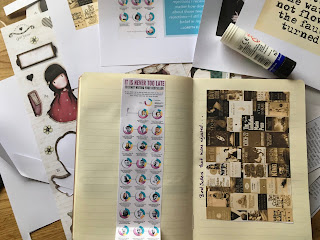 Maybe it’s a little sill, or even just another form of procrastination. But if it is, it is a bit of silly positive procrastination, and in these times, that is no bad thing! 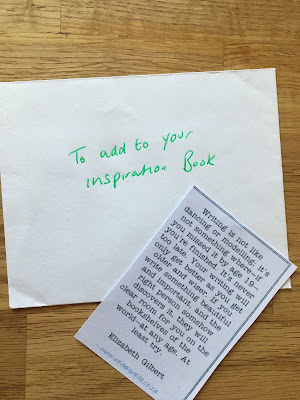 Surviving Lockdown - What Fresh new Procrastination is This?

So everyone’s facing the third week of compulsory Lockdown, and the signs of personal or family meltdowns are probably starting to show.

Unlike my husband and children who still have their structure – still working and schooling just from home, all my structure has gone. As my structure was all based around the school runs and getting the children to various after school clubs -  and fitting my writing and business work around them -has disappeared. So it's me who's getting the cabin fever.

I’m lucky, we are all healthy and my kids are older and more independent, and they don’t need me to home-educate and entertain them, and we’re also very fortunate to have space that we are not in each other’s faces the whole time. But I still have no structure and being at home all apart from one hour of exercise a day is a lot of time to fill.

I have been writing, but we have the issue of not enough computers to go around, my husband has his work laptop, my daughter on her school laptop- it has left my son working on the family PC, so writing all hours is tricky. I do write long hand and try and type it up when my son is on is lunch break, but isn’t exactly perfect.

So in short; long days + little structure + limited access to a computer has resulted in me getting cabin fever.

The one thing that has really helped me combat cabin fever and keep me sane, is the one thing that is usually the enemy of any creatives that work from home: Procrastination. And of course following lots of kid lit folks on social media have meant there has been lot of fresh new procrastination projects to keep me busy and stop my mind for spiralling into dark palaces.

So far I spent a few hours rearranging and photographing my book shelves for fellow Gold Egg, Becky Hamilton’s call out for ‘SHELFIES’ for an exhibition she’s organising for the Bath Fringe festival. 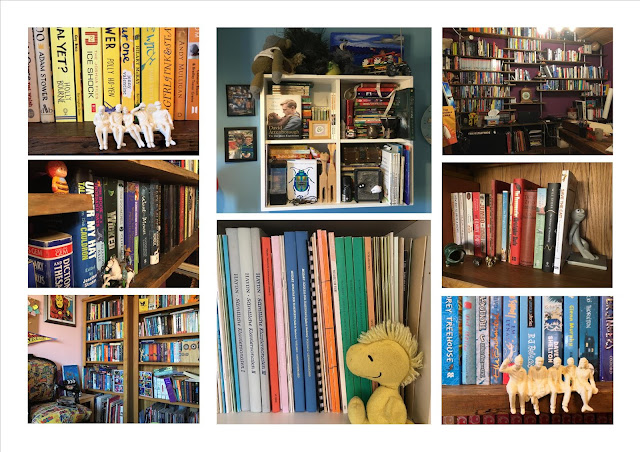 As a family we spent an afternoon, packing up the Easter Craft stuff that my son has brought to do fundraising for his expedition (now cancelled sue to corona virus), in to packages, and then randomly delivering them to neighbours houses that have children to help entertain during the lockdown. 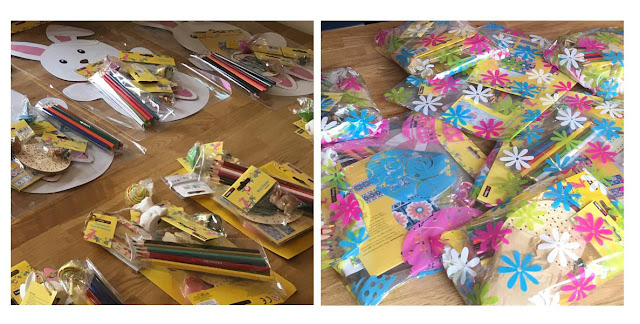 I spent a good twenty minutes taking photographs of the art that’s displayed around the house for Chitra Soundar’s #ARTonWalls over on twitter. 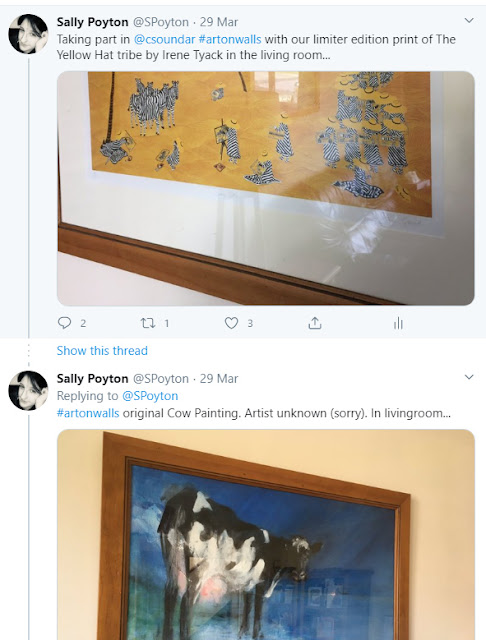 A whole morning has been spent finding suitable reading material and photographing our sizeable menagerie after Paula Harrison nominated me to participate in Gareth P Jones #PetsGetReading . 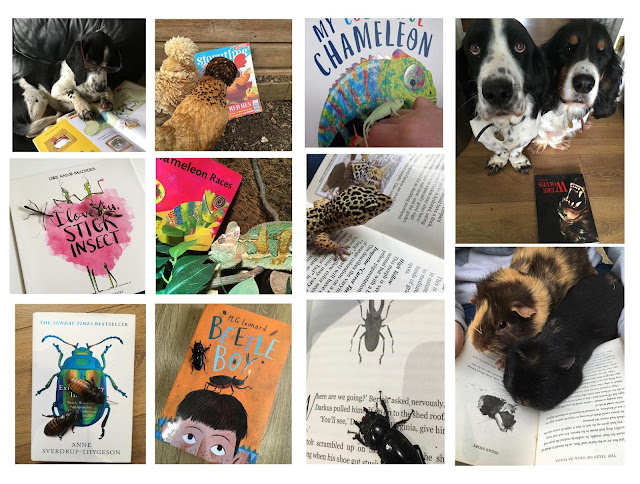 We are also taking part in the #NationalBearHunt, setting up changing scenes of teddies in our front window for the local children to spot when they are on their hours exercise. 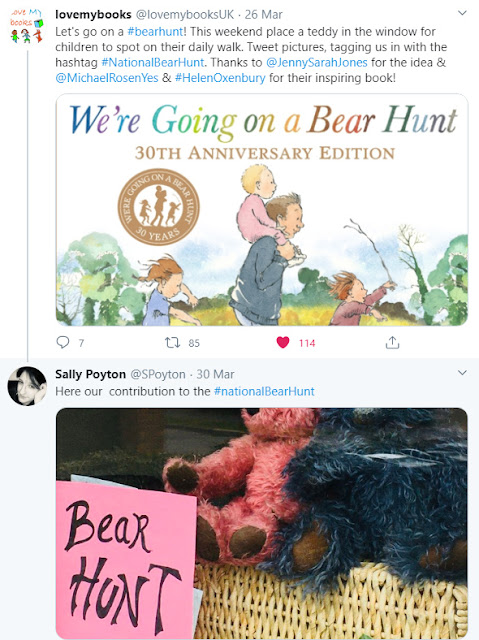 I know all these things may sound mundane, and daft, but taking part in these ever more creative Procrastination Projects, has really helped me combat cabin fever and stay sane, by breaking up the monotony of long structure-less days.


So thanks to everyone's inspires fresh new procrastination projects for they have really been keeping me sane!