A Decade Out of the Writing Cupboard


The decade coming to close, kind of slipped my notice, as I’m too busy preparing for Christmas, editing one of my WIP’s and visiting Sixth Form Colleges with my eldest spawn. So I was a tad bemused when on twitter I saw a loads people posting photos of them from 2009 and now 2019 – saying where they were in their lives a decade ago compared to now. This got me thinking that this is a good time to reflect on my writing journey. 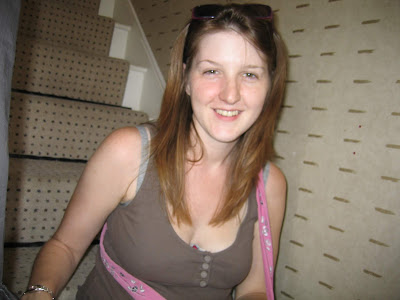 The first thing is that finding a photo of me from 2009 was difficult, it was pre smart phones and so all photos were taken with either our digital compact or DSLR, with me behind the lens, so the only photo I have is an out-of-focus one taken my by then 4YO Daughter!

In 2009 I was living in dilapidated post war bungalow that desperately needed a new roof (and walls and floors etc.) My kids were small, one at pre-school the other in Foundation class, and I was in pain. The pain was due to shallow deformed hip joints, and hyper flexibility causing me to wear the hip joints out at an accelerated rate. In the summer 2009, I went under the knife– the first of two planned hip reconstructions. However, they had to abort the surgery but not before cutting and de-strengthening all the soft tissue – making me worse. This meant I could hardly walk, and as I was on morphine for the pain so I couldn't drive either.

I was however writing, feverishly and excitably. But I was in the writers closet – sort of! I would talk at length about my WIP to family, who smiled and listened through gritted teeth, but I had no writer friends and I felt isolated, like I was the only one on the planet writing a kids book!

Submissions to agents and Editors: 0 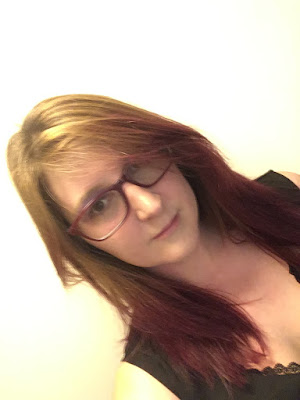 We are firmly in the age of Smart Phones, and I have teens, so there is a wealth of photo’s to choose from, of course I HATE them all!

2019 is drawing to a close, and since 2009, as a family we’ve built a house, moved 5 times, done up three houses and we’re currently living in a post-war house that desperately needs a new roof! My kids are teens, one in year 9 the other in the scary ultimate GCSE year. I’ve successfully limped away from hip surgery for the last ten years, I have however chipped off a chuck of my hip bone, (emptying a bin), and dislocated my hip (standing still!) BUT I’m no longer on opiates and I can both walk (on level flat terrain) and drive.

I am writing, and editing, and honing my craft and submitting desperately trying to get my work in print. But I’m definitely out of the writing closest, and no longer bore my non-writer friends and family (as much) with my excitable writing chatter.

In 2010 I joined my first Writers Critique Group, Abingdon Writers. This changed my life. It was a gateway – or maybe rabbit hole to a completely new world. I met my first writer buddies, Jo and Nicki – together we joined SCBWI and submitted to UV2012 – in which Jo won, and I was honorary mentioned. This was quickly followed by Nicki and I being long listed for The Times Chicken House 2013 –which Nicki went on to win in 2016! We all became part of the SCBWI Oxford Critique group, and when I moved to bucks I volunteered for SCBWI on the conference and Professional Series. Now I’m a member of SCBWI, and the Golden Egg Academy and have started a new critique group locally Green Penn with the lovely Trudie and Jessica. I blog and review books, and over the last 10 years I’ve volunteered and worked in book shops.

Submissions to agents and Editors: to embarrassed to say upwards of 100

Looking at the statistics made me feel like I’ve not actually done that much, but combine that with all the life stuff, and starting up a business - and then thinking of the amount of research and re-writes and edits of each project it amounts to hundreds and hundreds of hours.

So all in all, 2019 is much more positive than 2009 – I feel more settled in my ramshackle house, and I’m in less pain. But best of all I am really fortunate to have so many writer friends and so much support, that I no longer feel isolated. Now I know that I’m not the only one writing kid’s books on the planet – in fact quite the opposite. There lots of us, and I’m happy to part of this massive friendly Kid Lit Tribe!


Before I started writing I was an artist –a painter to be more precise. I did my degree and went on to be a professional artist, I had solo exhibitions, I still have work display as part of The Mag Collection in The Ferne Gallery in Hull, and I had a photograph printed on the front cover of a national Photographic Magazine. Then when my children were small, I changed my focus to writing. 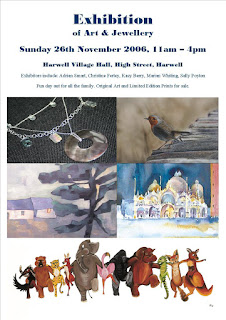 Writing is a creative process, an art form that conforms to the same artistic format of other artist disciplines; it takes years of honing your craft, it’s often misunderstood, and in most cases you need to diversify in order to pay the bills. But there is one large difference between writing and all the other art disciplines. That is that you cannot easily display or share your work in a way that is easy for people to consume.

If you’re a visual artist; painter, photographer, potter, sculpture or illustrator, you can run an exhibition to display your work, or have an easy to leaf through portfolio or web-site or Instagram page. People can quickly and easily consume your work, they can appreciate your skill, your improvement, or see the hours of work that has gone into your creations. Even if the viewer isn’t an artist themselves, they can see and appreciate how hard you work.


If you’re a performer; a singer, dancer, musician or actor, people can go to concerts, and shows they can see your performance, immerse themselves in it and appreciate your skill and hard work.


If you’re poet, you can do readings of your work, as poems tend to be shorted and more suited to readings to an audience.

But what if you write novels, or picture books? You can't easily put on an exhibition of a hundreds of pages of printed manuscript. You can't do a reading of your whole book. It isn’t an art which is easy to display or perform and therefore be easily consumed and appreciated by your friends and family. If you are pre-published it is unlikely a non-writery family member or friend is going to offer their precious time - hours – to read your WIP.


In fact in my experience non-writery family and friends, no matter how much they want to – they can’t see or even comprehend the hours of research, writing and editing goes into a project. Often they think that all the hours you are sat at your PC is actually spend on social media -  not working. The problem is they can’t see it – or experience it – so it’s abstract.

It is something I think a lot about. Is there a way I can help my family and friends who I know want to support and understand my writing to see or experience what I do, in a way that is as accessible as viewing an exhibition, or listening to piece or music, or watching a play or dance performance?

As of yet I can’t think of anything. So if you have any ideas, please let me know!