The Autopsy of a Writer’s (well my) Note-Pad 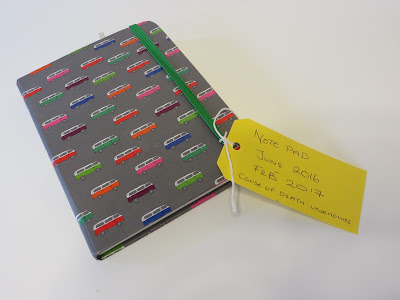 Recently I discovered that you can now buy re-usable notepads/sketchpads, that you use then ‘zap’ in the microwave and it comes out blank – cleansed- like NEW! Now this seems rather clever, but don’t think personally this would work for me. Why? well…

Firstly – I like to know that the marks I’ve made are permanent, there’s something not only self-affirming about it, but just the notion of it being permanent means it has more impact on one’s memory.

Secondly – and more to the importantly – I DON’T have a microwave. This is due to an unfortunate incident of a microwave fire costing twenty five thousand pounds worth of damage, so I suspect my family and insurance company would object to me purchasing one purely of notepad cleaning! And yes if you were wondering, I did cause the fire, please be warned wheat bags should not be put on for twenty minutes!


Although I lament in not being able to participate in a evolution that could have positive effects for the environment I am actually pretty pleased to stay with the good old fashioned paper notepad. That being said, I’m somewhat envious of many of my writer friend’s relationships with their notepads, as often on my Twitter and Facebook feeds a post pops up about a writer-friend who is out on a search for the ‘perfect notepad’ for their next project. Inevitably this is followed up by a photograph of a stunning perfect pad, many linking to the theme of the author’s next project.

This is what I’m envious of: having a special notepad that is specifically and unique tor one project. I’m jealous of the ritual and the record of the creation of a project from conception to finished novel or picture books etc. DON’T GET ME WRONG, I have as much of stationary fetish as the next writer, I’m just not monogamous to my notepads.

Usually, I need a notepad in hurry as the one I’ve been working in is full, so I pick one of the pile of beautiful ones I have on the shelf (gifted to me by friends and family) and I stuff this is my bag, and carry it everywhere until it too is full. This is nowhere near as romantic as picking one for the start of a project, and also it means that I use it for everything. I mean EVERYTHING, from working on my current WIP, to excitedly scrawling new concepts, to the more mundane to-do-lists, and shopping lists.

So, as my last notepad has just had its last blank page filled with ink, I thought I’d do an autopsy.

YES an AUTOPSY. I shall dissect it and investigate what it gorged itself to death on, so here we go, let the autopsy commence.

On first glance, the notepad seems healthy and undamaged, but upon opening it is immediately obviously that it has been heavily used. The first page is covered in barley readable miss-spelt scrawl of something called an 'epilogue' to what it the apparent owners WIP#1 a YA Urban-fantasy sci-fi novel. 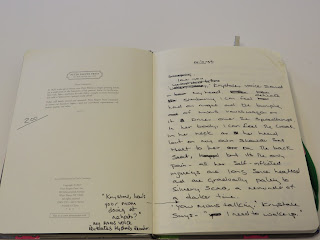 Strangely after only a few pages we find the apparent end of the same WIP#1, which makes one wonder what happened to rest of the novel? 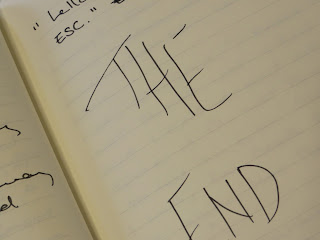 Next we have notes from the zoo, literally, scrawls from a trip to London Zoo for the owners other current project (lets call it) WIP#2 a MG post apocalyptic story, set in yes you guessed it a zoo! 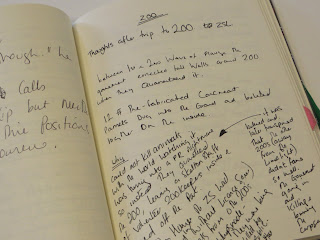 A random photograph of the owner and owners sister at the Moon-dial circa 1990 is found between the pages along with a random pair of 3D glasses - strange! 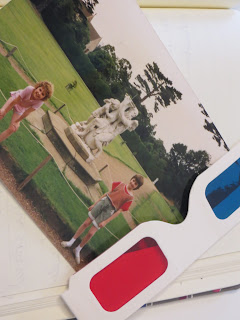 The user of this now de-funked notepad apparently switches and changes projects at will, as the next section is back to WIP#1, with character notes, and large quantity of post-its. 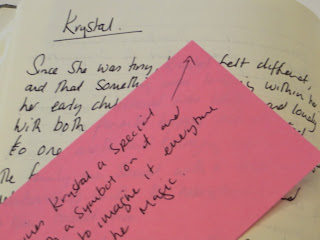 Flicking over the page is more development work for the owners WIP#1 along with her 10 Year old Manga Panda, in the medium of felt-tip on paper-towel. 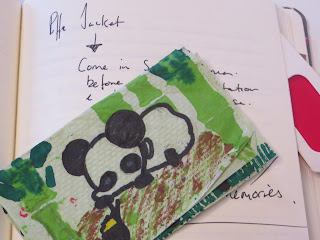 Delving deeper into the pages we find more indecipherable scrawls along with one child's ticket to the Purbeck Steam Railway, stamps, air-mail stickers and a pearl of wisdom from Candy Gourlay (which clearly the writer is ignoring in preference for being distracted writing a completely bonkers blog post!) 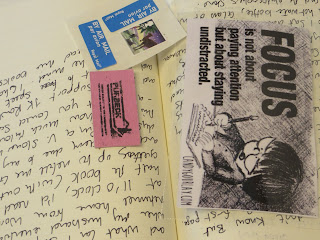 The notepad is stuffed fill with  doodles, along side lists of blog ideas, breaking up form the monotony of the badly spelt writing. 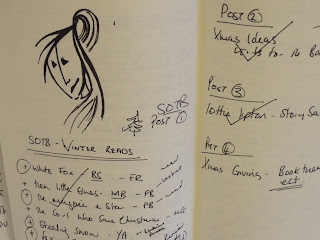 Oh, some colour, more WIP#1 work in an array of biros. 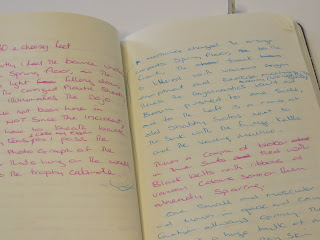 Another photograph (clearly from the 1980's) found between the pages which show the owners pet dog Lucy along with pet pidgon Dusty, besides the longhand version of a blog post about dodo's. 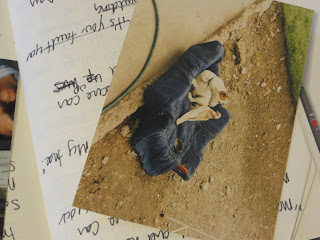 Lastly one of many to-do-lists and shopping lists of which the owners has tormented the notepad with, this time, no contented with just writing the mundane notes on the pages of the pad, there also an additional printed out to-do-list too, obliviously the owner is still not needed Candy's advise and instead likes to distract them self with making multiple to-do-lists! 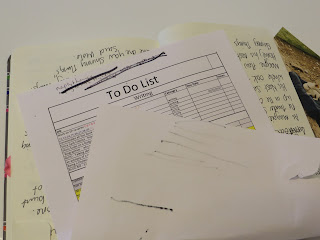 To conclude, it is obvious that the cause of death of this notepad, has been over consumption of the ramblings and thoughts of a erratic and slightly deranged individual.