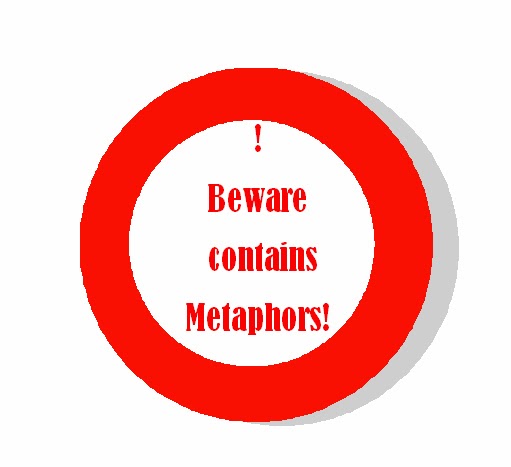 Today, The Times/ Chicken House Children’s Fiction shortlist is announced both in the paper and on the Chicken House site [Press Here], and I'm not on it.

So here is a little blog about NOT making the shortlist.

Back in 2011 I submitted my first ever piece of writing to my first ever –ANYTHING – the SCBWI Undiscovered Voice Anthology. To my absolute shock and joy, my entry (an extract from my first novel a YA fantasy Fairy Tale yarn ‘Through Mortal Eyes), was longlisted. Then after an agonising wait I found, not unsurprisingly, that I didn't make the anthology, however I did receive an Honorary Mention, which was great. The Honorary Mention really helped my confidence giving me the assurance I needed to persevere, but also gave me something to put in covering letters having a positive impact in various slush piles.

In 2012 after several re-writes with the input of both my great writer buddies and professionals (you know who you are and a BIG thank you to you if you’re reading this) I submitted the same story to The Times/ Chicken House Children’s Fiction Competition, and to my amazement and jubilation it was long-listed for the 2013 competition. Sadly, Through Mortal Eyes, didn't make the shortlist. This got me worrying that maybe I was a 'not quite' one book wonder. A One Horned Unicorn! 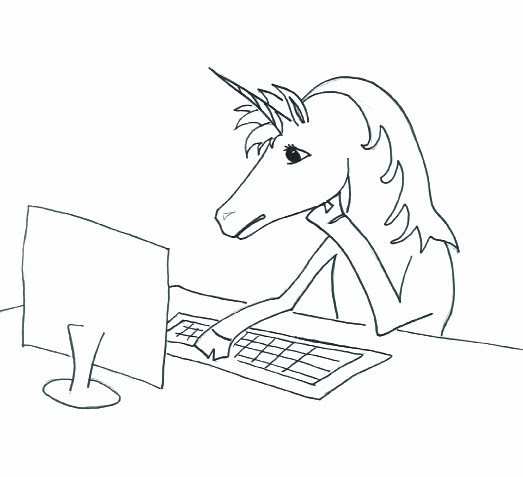 However, having fabulous friends and a supportive family, I started writing again, and produced in ten months another YA manuscript, this time a SCI-FI adventure called 'Journey to the Bone Factory', which I sent it off for the 2014 The Times/ Chicken House Children’s Fiction competition.  As the book was written so much quicker than my first book, I wasn't expecting it to do well. Then I received the an unexpected and gleeful news that Journey to the Bone Factory, had made it on to the longlist. Overjoyed, and much relieved, I saw this as a sign that I can stop worrying about being a one horned unicorn, and promptly gave myself that second horn. 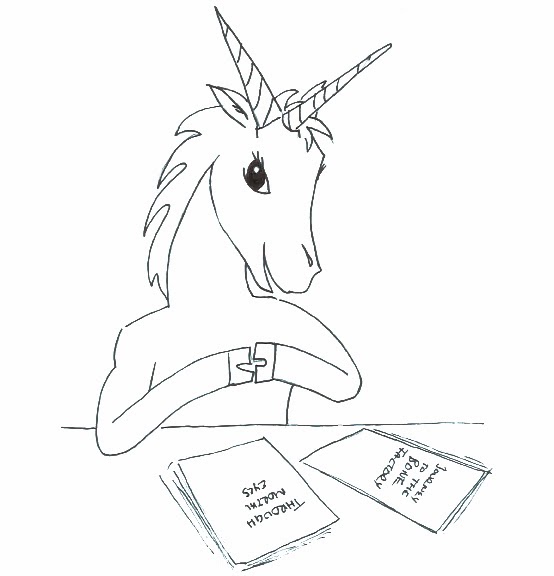 So this brings us around to today, and The Times/ Chicken House Children’s Fiction 2014 shortlist announcement, which I’m not in. What does this mean? Well this obviously is disappointing, (anyone who has had a rejection will know just how much of an understatement that is) but it's more than that! Three long-listings; UV 2012, Chicken House 2013 and Chicken House 2014. No improvement?! No escalation?! Stagnation?!

So, what does that make me? A Two horned unicorn, that’s destined to always be the bridesmaid, never the bride? How do I take my craft from the bridesmaid level, to being the bride? 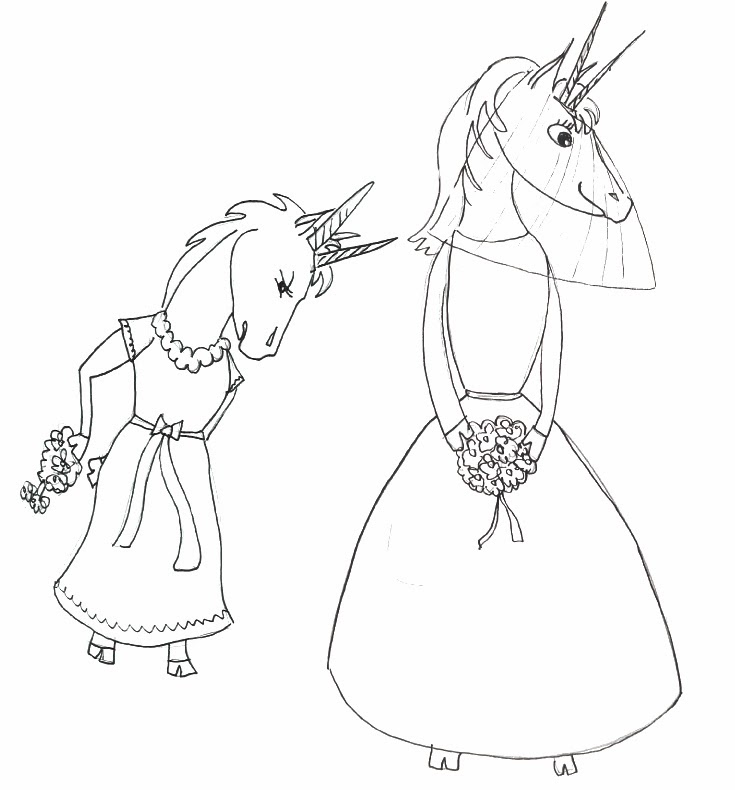 So after sometime licking my wounds, it’ll be back to writing, planning and plotting with a new goal; how I make the jump from bridesmaid to bride? Fortunately I've been accepted into the much praised Golden Egg Academy, so here’s hoping that out of a golden egg, a phoenix-multi-horned-unicorn-bride will be born.

Oh, and one last thing, to everyone who made it on to the shortlist;

Email ThisBlogThis!Share to TwitterShare to FacebookShare to Pinterest
Labels: A Bit about Me…, Chicken House, Journey to the Bone Factory, News, The Times Children’s Fiction Competition 2013, Through Mortal Eye's, Writing