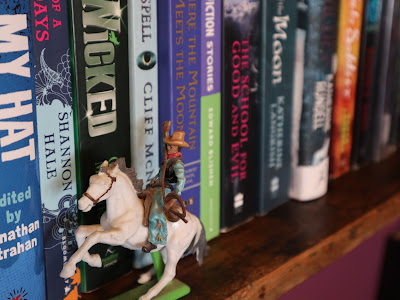 Writing kid’s books comes hand in hand with reading kid’s books, whether you are published or pre-published. It’s like breathing, reading is inhaling, and writing is exhaling. But here another thing which I believe to be intrinsically linked to with writing books for children – PLAYING WITH TOYS.

It’s about two things, firstly channelling your inner child in order to write a more authentic children’s voices. The second is far more particle as toys can be utilised in the writing process. 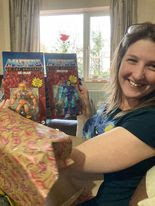 Toys are a kind of time machine, helping your mind to travel back to your younger self. In fact for my birthday I was given a He-Man and Skelator, which I had wanted since I was six, and I instantly felt that I was that age again! 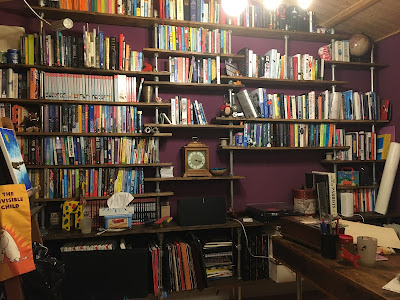 This is why, when you look at the places I write, they always indulge my inner child. In fact we have one very grown up steam-punk style bookcase (kindly made by my husband out of scaffolding poles and 1930’s floorboards that we saved from landfill), but despite the fact that at a glance its appears very adult, when you look closely you’ll see Garfield lazing about, Orinoco taking a nap and even a dodo. Plus other toys and characters from the 1980’s. I even have the top draw of my desk stuffed full of toys. I do this as I find that being surrounded by tangible motifs of my childhood really helps me reconnect with my younger self, and therefore aids me in creating a more convincing child’s voice. 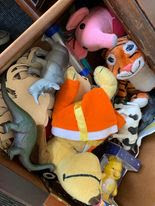 But toys are more than time machines; they often help me when I am stuck. Toys can be the ladder out of a plot hole, the device that saves you from the abyss of uncertainty, or help you navigate your fictional world, or even be the tools that construct it in the first place. 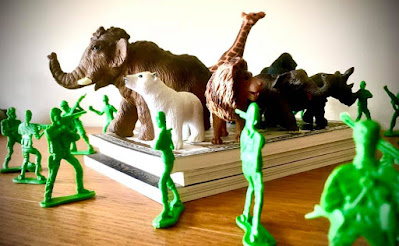 Recently I was doing some edits on a WIP and I came to screaming halt, and stayed there stuck steadfast. It was a gapping plot hole that hinged on the motivations of the antagonist, and after struggling for weeks, I got the toys out. I started to play with toy animals and plastic soldiers. Within no time I’d worked out the solution and how the protagonist figures out who the baddy was. Maybe this was the freeing nature of imaginative flow. Maybe it was just the key which released what was already there. Either way it got out of the rut I had been stuck in for weeks. I also use toys for world building and understanding the geography of my world or in a recent case – the EARTH. One of my current WIP is about cloned mammoths living in the arctic tundra. So playing with mammoth figures on an old map helped me understand just how close Russia is to Greenland, and aided me in plotting the herd’s migration routes. I also used toy figures of artic animals to think about what other creature the mammoths may meet and interact with on their journey. 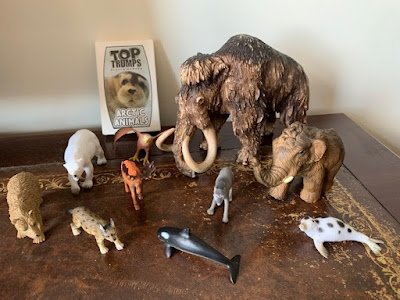 All in all I find toys a very useful tool in the children’s writers’ arsenal. If reading kid’s book is inhaling, and writing them exhaling, then playing with toys is that peaceful moment between the two where you relax and see things with clarity. They can help you craft believable children’s voices, and aid in world building, character development, break through the barriers of mental block, and raise you out of plot holes. So if you write and you don’t already, I urge you to grab a toy and play!

Email ThisBlogThis!Share to TwitterShare to FacebookShare to Pinterest
Labels: A Bit about Me…, Mammoth, toys, writers block, Writing, writing tools 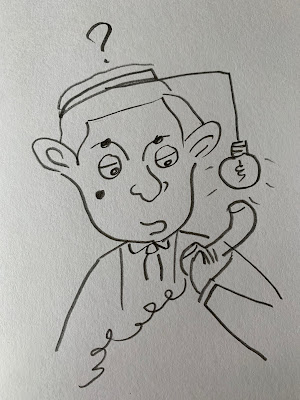 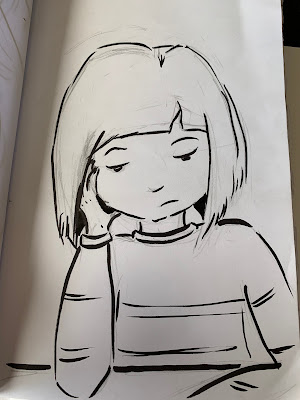 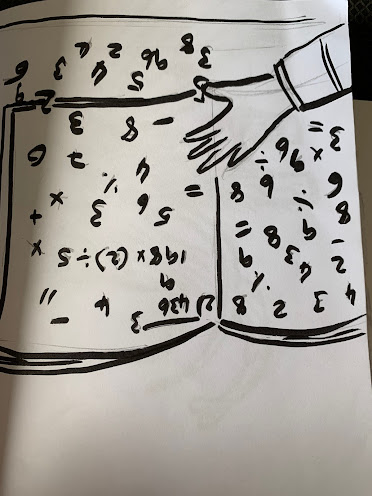 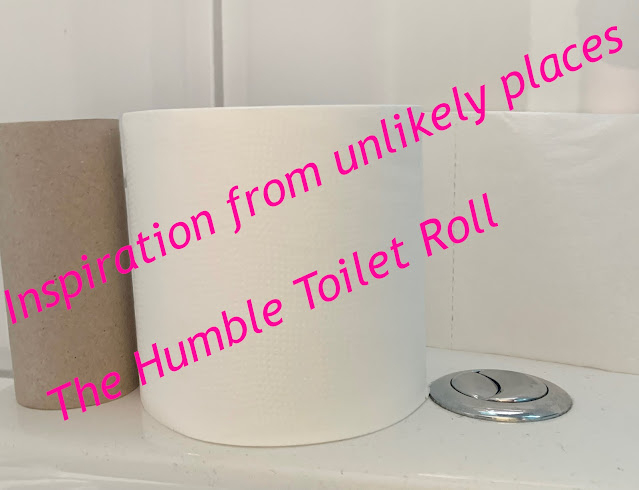 The humble Toilet Roll. Source of inspiration and medium of creativity. From the main ingredient in a Halloween Mummy costume, to the staple of every junk modelling arsenal. It has inspired thousands of people with it’s versatility for years. 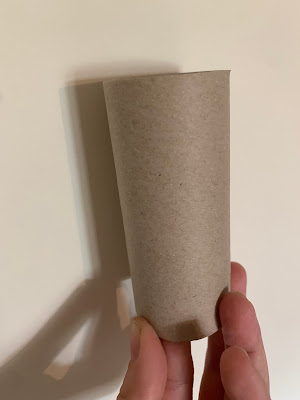 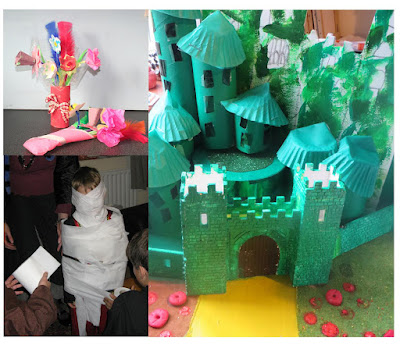 A toilet roll is a lesson - no a masterclass in inspiration and that it can come from the most unexpected places. 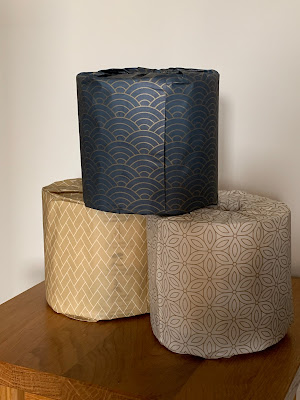 I was on a retreat on my own. I had meant to be going on a retreat with my awesome critique group but covid had other plans, so I booked a couple of days away on my own to Holland House, to actually get my edits finished. While I was there unhindered by the to-do-list or nagging teens or needy builders I managed to get my edits completed, but I was also touched by inspiration whilst in the bathroom.


You see Holland house is dedicated to being as earth friendly as possible and uses bamboo toilet rolls which are individually wrapped in bamboo patterned paper. One of the patterns struck me as looking like fish scales. So when I unwrapped a new roll I saved the wrapping. 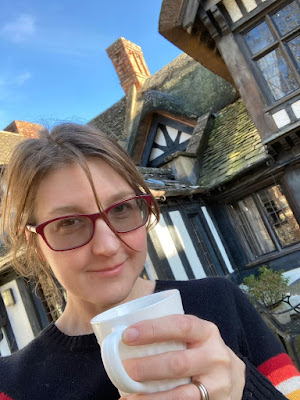 While as was having some down time I was looked at the paper and reached for my my pens, pencils and glue, and doodled a mermammoth. I used the paper as the scales on the tail. I was having fun, so I thought why stop there? Soon I had a notepad full of unimammoths, pegumammoths and other mammoth-mythical creature mash-ups. 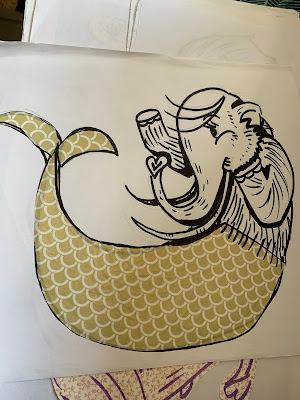 These mythical-mammoths sat in my notepad for months until one day I they unexpectedly burst into my brain in a story, which I have now penned and in the process of editing. 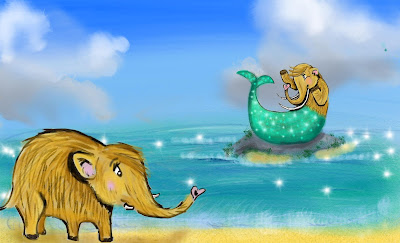 I didn’t think much about it until last week while I was away on holiday with several teens that didn’t belong to me (and one that did), when one of them came down poorly and had to stay a day at the apartment. They were feeling down, but are very arty, so I told them this story, and we looked around the apartment until we found something that could inspire them - a french language wild-west comic. They used the illustrations as the basis for many amazing fantastical beasts. 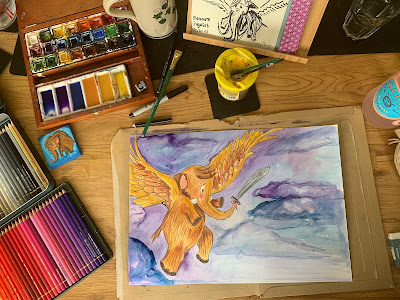 So to bring this full circle, a humble toilet roll gave me the inspiration for a new story, and inspired me to help find the best in a less than ideal situation that in turn inspired another creative. Reminding me that inspiration can come from the most mundane of muses. 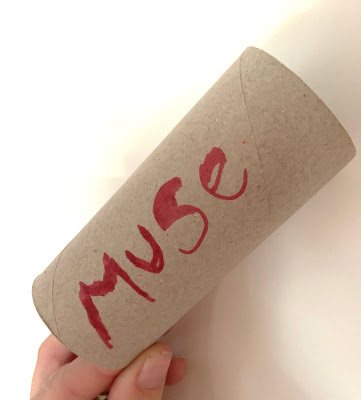 Email ThisBlogThis!Share to TwitterShare to FacebookShare to Pinterest
Labels: A Bit about Me…, Inspiration, Mammoth, Writing
Older Posts Home
Subscribe to: Posts (Atom)