A small gesture of support for J K Rowling

Whilst in the throngs of arranging my kid’s first Harry Potter Book Night Party, I became aware of the social media storm that has embroiled J K Rowling’s twitter feed. @jk_rowling


I am quite frankly appalled by the aggressive reaction to Rowling’s recent tweets. Surely the author who brought us Harry Potter’s Wizarding World which shone a light on prejudice is perfectly placed to comment about the current state of the world? If not because she (like the rest of us) live on the planet so has a vested interest but also, as her books have had studies proving that reading them makes the reader more empathetic, [press here to still the full article] it seems a logical extension for Rowling to shine a light on global trend which is the stark opposite; spreading ignorance which leads to hate which turns to a very slippery and un-harmonious slope.

The reaction to Rowling’s observations have been swift, numerous and brutal [press here to read more]. The tweets are aggressive, even threatening and promising to burn her books and DVD’s. I’m shocked and saddened that people would react in such a scathing and aggressive manner; why not be tolerant and understanding about other people opinions – oh what’s that called again? – Oh empathy!


So I’ve decided to show my support for Rowling in a small way - by reading her books.

You see, I have never read a JK ROWLING BOOK. *Cue shocked faces and glares of disdain* Now, don’t judge, let me explain why.

So when my husband was at work and the kids were asleep, I sat down, at 9 o clock, with my hot water bottle, a glass of wine and The Philosophers Stone and began to read. And what can I say, other than when my husband (who bearing striking resemblance to certain wizard) eventually got home at 11, I’d read half the books, (without even getting up to refill my glass) and considering that due to my dyslexia making me a very slow reader, it’s a testament to how much I’m loving it. I’m a convert you might say. 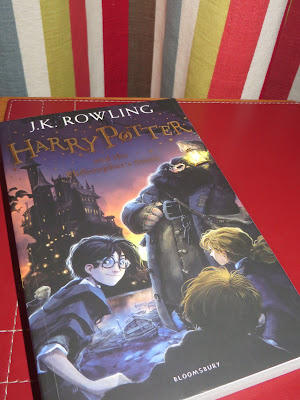 And so, to support J K Rowling, and her right to speak or tweet her mind and observations, I pledge to read all her books.